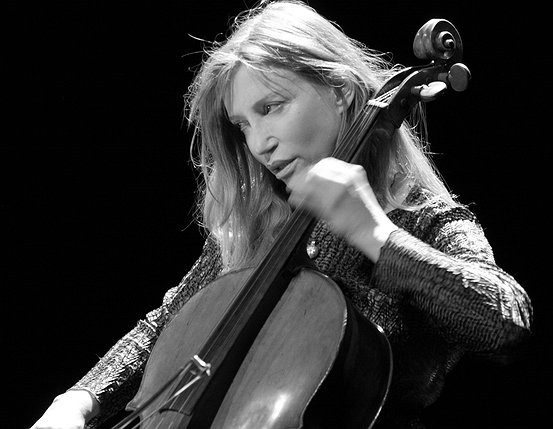 Frances-Marie Uitti is an American cellist and composer known for her use of extended techniques and performance of contemporary classical music. Tom Service, music critic for the Guardian newspaper, has called her “arguably the world’s most influentially experimental cellist.” She invented a radically extended technique using two bows simultaneously in one hand, becoming the first to transform the cello into a four-part chordal instrument.
For many years Frances and Gareth were almost neighbours in Amsterdam, finding their paths, almost, but never quite crossing on various continents, until they finally met at a performance of mutual friend Elliott Sharp at the Bimhuis. Idle chat, the view of a passing train and the possibility of good food resulted in some first sessions together in the STEIM studio, the start of an ongoing stream of activity which has continued with good food, good drink, evolving sounds constant adventure.