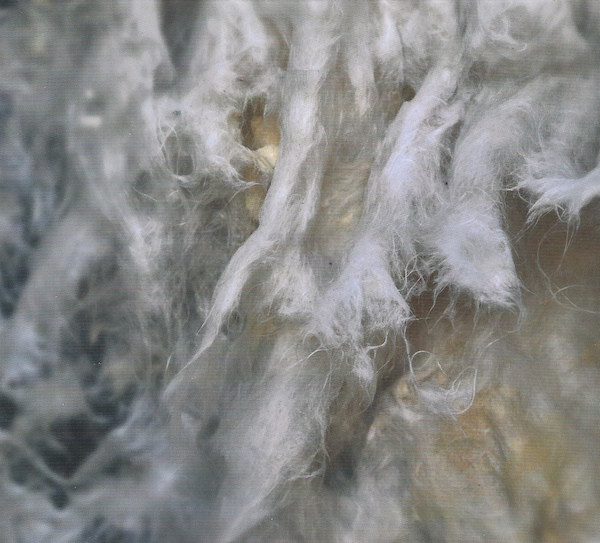 “All tracks are really played and recorded in the spur of the moment. We hadn’t played together before, but after setting everything up we just started playing, and before we knew it we had four hours of music. I guess that’s what you call ‘chemistry’. We decided to divide the recordings into two albums (’Drape’ and ‘Grower’ – later on Sonic Pieces) and a mini album (’Ghost Lanes’). The material from each album is recorded in a row, in the same track order, so it’s all really close to how those days of recording were for us…There was minor editing and a bit of mixing, and that’s it…”

Following up on their Soundlines and Ghost Lanes collaborations of last year, the fine experimental clarinetist Gareth Davis and one-man music industry Rutger Zudervelt resume duet duties for this mightily impressive full-length follow-up. These tracks came from the same sessions as the Ghost Lanes 3″CD and the forthcoming Grower album, all laid down on the spur of the moment. These sessions marked the duo’s first work together in person, and for all the refined production and immaculate poise of the exercise it still manages to feel very spontaneous. As a performer, Zuydervelt ditches the more customary, digital Machinefabriek palette in favour of a more organic setup of guitar, effects pedals and amplifiers. This emphasis on real-time creation carries over to the finished production too: but for some minor editing and mixing, Drape is presented in the same free-flowing format as the recordings, with each of the four pieces arriving in the same chronological order in which they were improvised. Reminiscent of Supersilent’s most measured and disciplined recordings – or even the frail musical backdrops heard on David Sylvian’s Manafon album – this music marks a real high-point in the (extensive) Machinefabriek collaborative discography. Let’s hope that next long-player, Grower, can match the standard of this outstanding release.

Following on from their collaborative 3″ CD releases ‘Soundlines’ and ‘Ghost Lanes’, ‘Drape’ is the latest offering from the talented clarinetist Gareth Davis and possibly the most prolific ambient/experimental musician in Europe, Rutger Zuydervelt, also known as Machinefabriek.

It may be of interest to the reader to learn how these works came into being. After a productive series of recording sessions in which all the music was improvised on the spot, Zuyderveldt and Davis found that they had created four hours of music together. The pair then decided to divide the recordings into three. Two albums, ‘Drape’ and upcoming work ‘Growler’, as well as the ‘Ghost Lanes’ mini-album. The material from each CD is released in the order it was played, thus giving the listener an insight into how it sounded for the musicians themselves.

Knowing that one is hearing the album virtually untouched adds to the enjoyment of these four long-form experimental pieces. The listener can’t help but wonder where Davis and Zuydervelt find inspiration to record such a high volume of quality sound.

By this point, many readers will have already familiarised themselves with Machinefabriek’s style and will know if the desolate, jarring drones and cinematic refrains which make up these highly abstract tracks are likely to be to their taste.

From the beginning, ‘Drape’ sounds bleak and challenging, grabbing the listeners attention. It is often difficult to recognise anything of the clarinet’s natural timbre in the mix. The chemistry between the pair is immediately apparent and so cohesive that they give the impression of a musical partnership of many years.

An engrossing soundscape by two musicians at the top of their game, ‘Drape’ is an excellent addition to the collection of the discerning experimental music enthusiast.