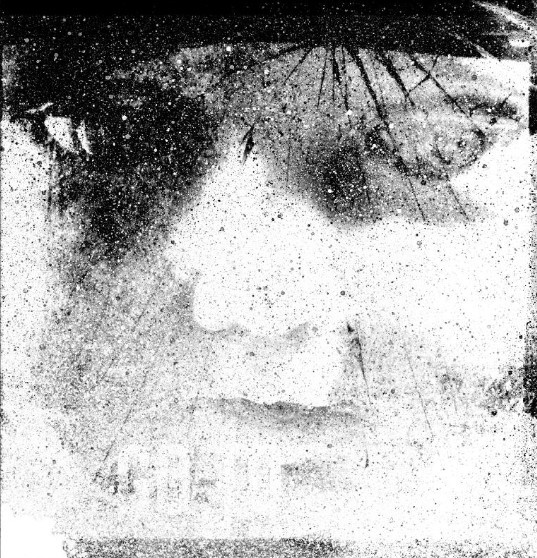 
Rabbit at the Airport is a cross-media project by Martin Stig Andersen and Jakob Ballinger, combining music, print and film. The 3 vinyl releases have special artwork by Ballinger and are accompanied by an online short film. The music is by Stig Andersen, clarinettist Gareth Davis and Robin Rimbaud (aka Scanner).
Theme is the story of Dedalus, the master inventor and architect who is lost in his own labyrinth. Fighting his way through endless staircases, tunnels and dead ends he realizes that he is not alone … These are rich-sounding, dark droney soundscapes, with a tension that keeps you at the edge of your chair right until the last groove in the heavy vinyl.

Next up in my series looking at free internet music is a triptych by Danish composer Martin Stig Andersen. To many, Andersen is likely best known for his award-winning music and sound design work on Limbo, one of the most breathtakingly stunning – and, often, terrifying – video games of recent times. A few years before this, from 2006 to 2008, Andersen created the three parts of the wonderfully-named Rabbit at the Airport, a 35-minute work combining electronic sound with bass clarinet, played by Gareth Davis. In my lengthy Dialogue with Davis, we discuss his collaborations with Andersen, and in the course of that discussion (which starts around 1 hour 25 minutes in) i was amazed to learn that all of the electronic sound through the three movements of the piece is directly derived from Davis’ clarinet:

SC: The sound world, especially in the three Rabbit at the Airport pieces, is astonishing, just astonishing. Although the relationship between the [electronic] material and what you’re doing is interesting because there are times, especially the first one, i think, where you are practically squashed by the electronics.

GD: Yes, although everything is me playing, it’s all live.

SC: Is it all you? Everything we hear?

SC: i always thought it was almost like you pitted against the electronics, but in fact it’s all—

GD: It’s all just me. How it goes, as an album, you have this, first, really distorted, mechanical thing. And then when you get to Rabbit at the Airport II, then it’s pitting the real sounds of the clarinet against the distortion. […] And then III is more floaty, the scary rabbit’s gone.

As Davis indicates, the nature of the relationship between the bass clarinet’s material and the electronics varies considerably throughout the work. The clarinet is least apparent in part I, which Andersen essentially sets up as a number of superimposed layers that are removed one at a time, in the process exposing what lies below and expanding our understanding of what we’ve (perhaps unwittingly) actually been hearing previously. A loud dronal grinding dominates at first, offering glimpses of something more ethereal beneath during a number of short hiatuses. When this disappears, a soft lower register burbling becomes the centre of our attention, and as this recedes we’re able to focus more and more clearly on what we only glimpsed before, a delicate chord floating in the middle distance which, around halfway through, is finally undisturbed by anything else. Andersen then reprises this process in what feels like a slightly sped-up varied repeat.

The clear, almost formalised structure of part I is overturned in part II. We initially hear snatches of Davis fluttering his clarinet in the midst of a muscular flexing of enormous, crunchy noise. After barely a minute, Andersen cancels out the noise, leaving the clarinet to continue in a subdued way, supported by a soft bed of ambient bass. It gradually becomes lyrical, but all of this feels strange in the wake of the violence we heard at the start of this part, preventing the music from sounding truly calm and instead undermining it with an implied undercurrent of tension. Eventually – spoiler alert – this tension is proved to be real, being savagely released a little over halfway through when the electronics unleash a total eruption of distortion, as if the entire pitchspace were being compressed by a gigantic pneumatically-powered pile-driving weight. Amazingly, Davis is still just audible beneath all of this, and when Andersen rips away the noise again, this time keeping it glowering from the periphery, the clarinet’s keening sets up the denouement, whereby the distortion encroaches on it more and more, becoming overwhelming. However, it’s not a triumphal ending, as the intensity of this final distorted surge feels considerably less than the unchecked blasts heard earlier; there’s more going on here than a mere collision of opposing ideas.

The relationship is more mollified in part III (which at nearly 18 minutes’ duration is twice as long as parts I and II), opening in a drifting, floating space of pure electronic ambience, pretty and transfixed, with gentle clarinet notes projected through it. Even when Andersen abruptly throws a switch breaking up the atmosphere into a network of dry glitches, he keeps a lid on it. The sense of calm is obviously militated against by the electronics, yet where the two elements were held in tension in part II, here they seem to be, at worst, happily coexisting in parallel, and at best, sympathetically interacting in a fascinating duet. Around the midpoint the music pulls back, the electronics drop out and everything becomes vague for a while, resting on a distant cloud of soft industrial noise. A brief piercing overtone from the clarinet acts as catalyst for a return to the atmosphere that began this part, a more coherent ambient layer of delicate shimmering that emerges slowly. Tinged at its edges with distortion, Andersen allows the electronics to develop something more than just a duet with the clarinet: a symbiosis (something also demonstrated in Davis’ electroacoustic work with Elliott Sharp), closing the work in a coruscating overload of ecstasy.

Rabbit at the Airport is a gorgeous electroacoustic work, one that, in addition to being released on vinyl (on the now apparently defunct Usagi Records), Martin Stig Andersen has generously made available free via a dedicated website. The site is old and clunky, relying on Flash and with some dead links, but the audio files are still available along with assorted images and photos, as well as a short film (also on YouTube; see below) made to accompany the project. It’s worth exploring the website just to indulge in its engagingly lugubrious and grimy aesthetic (the site advocates being viewed in “a dark room”), but to make life a little easier i’ve compiled everything – the audio, images and film – into a ZIP file which you can download below. Note: the audio files are lossy (320kbps) – a decade on from when it was created, there’s still no lossless digital option yet. Fingers crossed Andersen might make it available in this format at some point, as such dazzling music as this is crying out for it.