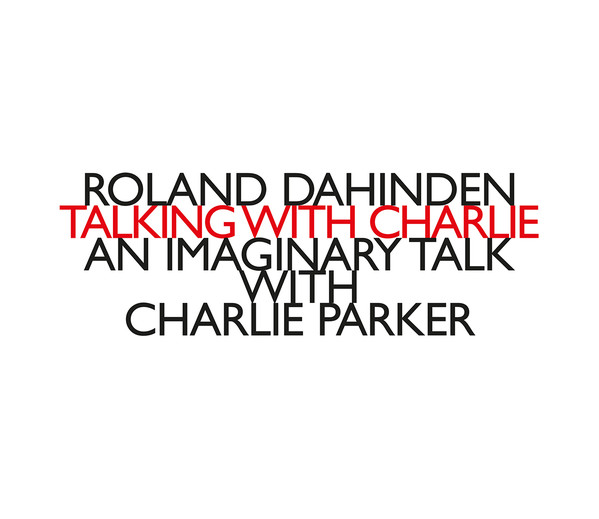 Bass-clarinettist Gareth Davis asked Roland Dahinden to write something for his quartet, with Koen Kaptijn, Dario Calderone and Peppe Garcia. Dahinden responded with an “imaginary talk” with Charlie Parker, one of his musical heroes, captured in a score involving graphic as well as more conventional elements. “I took a piece of paper and started to talk to him [Parker] one to one- and compose. Phrases, and graphical stuff.” The resulting performance, says Dahinden, was “an intense and wonderful interplay between the musicians themselves and me as the conductor.” Dahinden is an improvising trombonist who works frequently with pianist Hildegard Kleeb. When asked if he views himself primarily as an improviser or a composer he says “For me, sometimes composing is the better tool, and sometimes improvising is. One big difference is that when I compose, others are playing the music.”

Allaboutjazz
There have been numerous Charlie Parker tributes over the years, which is to be expected, yet Swiss trombonist, composer Roland Dahinden is no stranger to thinking outside the box via his contemporary classical experience, performing pieces written for him by the likes of Anthony Braxton, John Cage and Daniel Wolf. He’s also a jazz improviser and highly regarded ‘idea man.’ This album signifies the output of his compositions based on imaginary discussions with Parker, interpreted and executed by this multinational quartet. In a sense, Parker is bridged into avant-garde musings, as these works are rendered with swaying and fragmented conversations, swarming with impassioned and jarring musical speak.
In case anyone is wondering, this is not casual listening fabricated with easy-to-grasp storylines. It’s more like an undulating ebb and flow via disparate perspectives and strident outbreaks. And the musicians’ imagery projects a musical vernacular that is devoid of a formal language, which of course is the realism behind it all. But these aspects are driven home amid the artists’ telepathic discourses. It is perhaps the most interesting aspect of the entire program, as the musical content is seemingly a process, where the listener is given an opportunity to delve into Dahinden’s fertile imaginative powers.
“Phonological Extension” assumes a happenstance and casual gait, escalated by the quartet’s explosive intervals and bass clarinetist Gareth Davis’ swirling lines and trombonist Koen Kaptijn’s brusque responses. Here, percussionist Peppe Garcia sprinkles a thin layer of mallet tonalities across the vibrant horns parts. Whereas, “Free Morphenes” is a tad more intimate, paced by bassist Dario Calderone’s poignant and timely notes, where the band continues emulating conversations with variances in pitch and an irregular pulse.
Dahinden’s gyrating currents include perplexing micro-themes, edgy upsurges and moaning horns, aligned with a surfeit of emotive aspects, leading us to believe that not all these imaginary conversations are serene or amiable. However, the quartet turns the temperature down on the low-key “Drift,” although the clarinetist’s spry choruses initiate a bit of mayhem, aided by Garcia’s flickering drum patterns.
Call it what you will: Avant-supernatural, esoteric, or loosely structured chaos and so on, yet it’s an album that invites the listener into Dahinden’s somewhat phantasmagorical excursion, lucidly portrayed by the quartet’s perceptive enactment of the program’s core theme.

Jazzdagama
There are several ways to pay homage to one of the most influential musicians in the history of the art, Charlie Parker. Like that other (most influential) icon of modern music (no, not Stravinsky), Thelonious Monk, it’s a toss-up as to whether they are better honoured by playing their difficult, impossible-to-copy music without barefaced (and often crass) imitation or whether to write music in honour of them by re-imagining the “them” rather than their idiom – in this case bebop – in our, modern times. Anthony Braxton – the inimitable, quintessential modern musician – did both on his various Parker projects recorded at various points in time (and Chick Corea’s memorable double-CD Trio Music (ECM, 1981) did likewise for Mr Monk, although not explicitly with the “Improvisations” on Disc One of that set).
However, until this disc of music by Roland Dahinden, interpreted by Dario Calderone, Gareth Davis, Koen Kaptijn and Peppe Garcia, only the late, great Heiner Stadler came close to a fitting homage to Charlie Parker and Thelonious Monk on his feverishly brilliant double CD A Tribute to Bird and Monk (Tomato, 1978; Labor Records, 2011). What set Mr Stadler’s music – “Six Compositions by Charlie Parker and Thelonious Monk Arranged for Sextet” – was the sheer audacity in the very suggestion that one could imagine what Charlie Parker and Thelonious Monk would sound like in the post “avant-garde” era, when Jazz improvisation opened its mind to the ideas, concepts and gestures of the second Viennese School of Berg and Webern, the Berlin atelier of Schönberg and the Paris atelier of Stravinsky.
Mr Dahinden’s music for this quartet takes the form of an imaginary dialogue with Bird, which philosophically and musically speaking focuses on the lofty ideals of Bird re-interpreted as music in our current millennium. Of course there is always the fact that Bird’s “Jazz” – the Jazz; the Black American music – arose from The Blues and its freedom was a direct result of the anguish of slavery and discrimination. Bird’s earth-shattering melodic, harmonic and rhythmic conceptions could only have come from a direct experience of that Blues. But there is also the fact that Bird was acutely aware of the classical music of Western Europe and it has been documented that he also harboured a deep and abiding interest in the music of Béla Bartók. So who’s to say what might have been had the genius of the alto saxophone put his mind to “conversing” with the Hungarian composer?
But Mr Dahinden is not dwelling on what might have been. Rather he “walks” with Bird and as he does so, musical dialects intermingle. And it is as if Mr Dahinden listens to Bird-speak not as bebop, but on a higher plane. This is what brings us “Phonological Extension”, when the ripples of Mr Dahinden’s aural palette encounter the white noise of Bird’s palette from beyond the infinite. What connects the two musicians is not simply music but also the same golden braid with which Douglas R. Hofstadter connected Gödel, Escher, Bach in An Eternal Golden Braid as Mr Dahinden, in his music, ponders Bird in the larger context of mathematics, symmetry and intelligence, in a series of interweaving aural narratives that begin with phonology and end in parallel semantics. And while we may never be the same result as the Black American experience of Blues and Jazz, if we appropriated Jazz with a western sensibility, we have a completely new – and authentic – experience of Charlie Parker and Jazz by appropriating the western sensibility to experience Jazz and Charlie Parker. And this is why Talking with Charlie not only makes eminent sense, but is also remarkably fresh and inebriating.
This is complex –perhaps even difficult – music but it is work that Mr Calderone, Mr Kaptijn, Mr Peppe and certainly Mr Davis are eminently qualified to play. Just as Mr Dahinden (and Heiner Stadler before him) has shown that while many can dazzle virtuosity, few can relocate the pyrotechnical bravura of Bird’s bebop to a landscape other than bebop – in the case, one using a contemporary chamber music idiom. Likewise the musicians of this quartet are blessed with both formidable technique and a wonderfully rich and insinuating tonal palette, all of which has been used to maximum effect and generate a sense of excitement in this music that is utterly affecting.