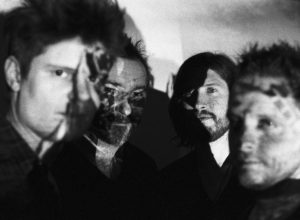 There are, so the story goes, sea birds that reveal themselves only at times of approaching storms. This story though, is a little more complicated. For some, the pipers riding the deluge, yet for the mariner the prophets in the lingering final moments of calm. Thus, ultimately, are they the creator or created if the existence of one requires the other? It is this Mediterranean Sea that OISEAUX-TEMPÊTE chose to roam. In 2013, on a trip to Greece, they returned with an account of the political upheaval and spread of discontent which is now so easy to follow two years later. An album of tension, cinematographic as it rides the storms which it documents. A disc positioned, ultimately, in the statement.
More or less anchored in Paris, OISEAUX-TEMPÊTE is the result of the meeting between Frédéric D. Oberland &amp; Stéphane Pigneul (members of both Farewell Poetry and Le Réveil des Tropiques) and Ben McConnell (Beach House and Marissa Nadler). For ÜTOPIYA?, the group is expanded with the addition of bass clarinet virtuoso Gareth Davis. 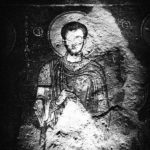 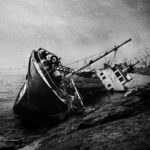